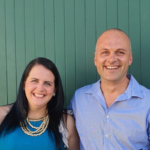 Meyer Conradie is the co-founder and CEO of Mosaic. Meyer and his wife Louise founded Mosaic shortly after graduating from college. Growing up in South Africa, Meyer always wanted to be a politician in order to help people in poverty. While studying law at university, Meyer joined the national executive committee of his political party for two years in hopes of enacting change for those in need. Quickly, Meyer realized that the change he was hoping to see was just not going to happen from the top down, but rather from the bottom up.

Armed with this ‘boots on the ground’ mindset, Meyer and Louise—who had been devastated after working on a research paper about the massive number of orphans living in South Africa—decided that something must be done about this issue and that they were being called to do it. From that moment on, Meyer and Louise have dedicated their lives to changing South Africa’s orphan care system from the bottom up. That was 2008 and the beginning of Mosaic.

Meyer’s passion for orphan care collided with his fascination with numbers in 2015 while he was completing his Master’s thesis on the efficiency of different orphan care models. Realizing that orphan care organizations can be exponentially more efficient if they use data to inform decision making, Meyer embarked on the development of OVCmeasure, a monitoring and evaluation system built for orphan and vulnerable child-care organizations around the world.

When he’s not out changing the course of orphan care models, Meyer can usually be found playing Legos with his two boys, listening to his daughter play the piano, or on a date night with his wife. Together they love having friends over after church on Sundays and planning impulsive road trips.

Louise Conradie co-founded Mosaic in 2008 with her husband Meyer. Louise is a registered Social Worker with a big heart for the moms of Mosaic! As mom of four (of whom 2 are adopted), Louise admires the selfless moms at Mosaic that she has the honour of working with. She is a qualified parent coach and specializes in temperament and personality types of parents and children and how that affects parenting.

Louise’s strengths include strong leadership abilities, empathy, hospitality, and a passion to see people develop to their full potential. In her free time, Louise loves exercising, hosting and playing piano. 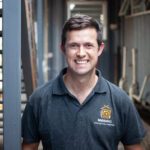 Wikus Van Rooyen is Mosaic’s Chief Operations Officer. Wikus first studied marketing and tourism, before shifting his focus to accounting, and started his career as an audit clerk at an accounting firm. After finishing three years of articles, Wikus was registered as a professional accountant. Wikus’ role in Mosaic is to strengthen, support, and provide clarity for teams working directly with OVC caretakers as well as partner organizations. Before this role, Wikus oversaw Mosaic’s financial systems and gained a good understanding of the day-to-day workings of the organization which enables Wikus to have unique insight into management, compliance, and internal controls.

Wikus is an avid learner that enjoys using technology and helping individuals to grow in their calling. When not working, Wikus enjoys spending time with his family, fishing, hunting, running, and playing sports. He is a great organizer that loves to keep his inbox clean. He also enjoys a good barbeque with friends. 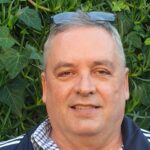 Carl Kirstein is Mosaic’s Chief Financial Officer. After a very successful corporate career in the auditing profession as well as the financial services industry, Carl changed direction in 2014 to add value to the immediate community around him. Mosaic is an ideal fit for his passion to take care of the vulnerable elements in society and to implement social justice at a very practical level. His financial background and strong project management skills enables him to oversee as well as drive the many initiatives and projects that Mosaic is involved in and will become involved in as its operational footprint grows. 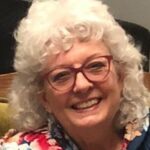 Karen Baker is Mosaic’s founding board member. After 40 years as owner and Senior Vice President of a large electronic security firm based in Pennsylvania, Karen now uses her skill set in relationship building, business management, and human resources to help Mosaic grow and flourish. After meeting Meyer and Louise Conradie in her first trip to South Africa and learning about the brokenness of the orphan care system, Karen firmly decided to “be the change you want to see in the world.” This has since become her mantra as she has dedicated much of the past 14 years to helping Meyer and Louise start Mosaic. Having the opportunity to work with Mosaic in South Africa and to be part of its growth has been a wonderful experience of growth and learning for Karen. 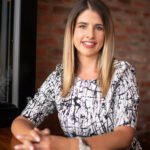 Carien Möller is Mosaic’s Communications Manager. Carien started her career as a judicial officer for student affairs, where she developed a diverse skillset. She now uses these skills to advocate for and serve orphaned and vulnerable children and their caretakers at Mosaic Community Developments through policy development, human resource management, marketing, and communication. Carien is passionate about creating opportunities for growth and skills development for Mosaic staff as these opportunities ensure better service delivery to Mosaic beneficiaries. One of her proudest moments was seeing the first Mosaic beneficiary graduate from college. When not working, Carien enjoys running with her husband, reading and the odd DIY-project. 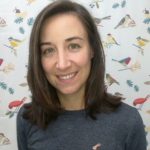 Annemarie Meisenholl is Mosaic’s Donor Relations Manager. Mosaic’s impact in the OVC-care space continues to grow and is made possible by the team working on the ground as well as by each donor who continues to give to this cause. Her role is to share the hopeful stories and impact of giving, with donors. Annemarie is passionate about serving the needs of others. Her career started in the business world as an auditor, ensuring companies adhere to regulations. After completing her trainee articles, she held various positions where she helped organizations grow towards reaching their vision. These roles included business development, client relationship management, lecturing college students, mentoring and training small business owners and heading up a community start-up entity. At home she is a wife and mom, enjoys pilates, mountain biking and all things involving making memories with her loved ones.

From 25 November to 10 December we celebrate 16 Days of Activism with the rest of South Africa. The theme for 2022 is No Violence against Women and Children. Worldwide, 27% of women and girls aged 15 and older have experienced either physical or sexual Intimate Partner Violence, but in South Africa the figure is a staggering one-third or even up to 50%. Once we can understand that conflict is a normal part of a relationship, we can begin to examine the way in which we disagree. If violence is not present, we can learn effective problem-solving skills to foster long term solutions. We can identify destructive interactional patterns and interrupt them for better results. #StopGBV #16days #mosaicsa #southafrica #OVC ... See MoreSee Less

All kids have heroes, from Wonder Woman to Spiderman, the world of superpowers will forever be fascinating to kids. We like to cultivate their imagination and have fun while doing it! Here, our Paarl Valley site had a superhero day!#superhero #OVC #mosaic ... See MoreSee Less

Make a difference in the lives of families and orphaned & vulnerable children this Christmas by clicking on the link below today: